The new technologies for seismic protection of buildings and bridges, in particular energy dissipation, are receiving much attention in the field of earthquake engineering. One of the energy dissipating devices (EDDs) that has been used in real buildings in the past is the steel plate with slits subjected to shear deformations. The purpose of this research is to characterize the hysteretic behavior of this type of device and to predict its failure under arbitrary cyclic loadings. To this end, several steel plates with slits were subjected to pseudo-static forced cyclic deformations until they failed. Parameters such as the type of steel, the geometry of the slits and the history of the cyclic loading were considered. The load-displacement curve obtained in each test was decomposed into the \“skeleton part” and the \“Bauschinger part”. It was found that both parts exhibit very stable characteristics, which can be represented by a trilinear and a bilinear curve, respectively. As a result a new hysteretic model that predicts the load-displacement relationship and the failure of this type of EDDs under arbitrary cyclic loading is proposed. The model is validated through dynamic full-scale real-time shaking table tests and can be easily implemented in a computed platform to carry out detailed inelastic dynamic response analyses. Keywords: steel plate with slits, hysteretic behavior, energy dissipating device, skeleton part, Bauschinger part, inelastic response analysis. 1 Introduction In the last few decades, considerable attention has been paid to research and development of energy dissipation devices (EDDs), particularly for controlling the wind and seismic response of buildings and bridges. An EDD is a special passive mechanism designed for absorbing energy from a vibration structural 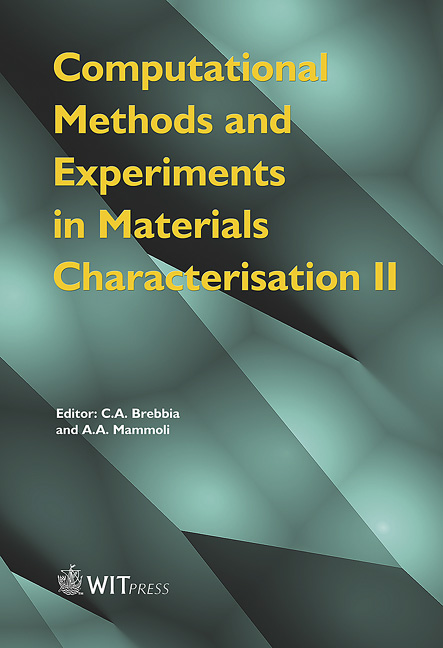