The current distributions for various limiting conditions for particle incorporation during electrodeposition of a metal film were numerically investigated. The evolution of a metallic interface is governed by the local current density that is affected by the presence of a non-conducting particle. This study focused on the shape evolution during entrapment of a particle by the growing metal film by mathematical modeling and simulation of the process. The level set method was used to track the moving interface as it grew around the particle, and the governing equation was solved by a finite element method. Keywords: electrocodeposition, current distribution, simulation. 1 Introduction Electrocodeposition is the process in which particles are occluded in the plated metallic film; thus, metallic matrix composite films are produced which have been used to enhance wear and corrosion resistance. Electrocodeposition is a function of many process variables, such as bath composition, hydrodynamics, current density, particle characteristics, etc. Stojak et al. [1] have reviewed the general process mechanisms and various models proposed for electrocodeposition. However, the physical phenomenon of electrocodeposition is not well understood. Our experimental research to date has been primarily focused on electrocodeposition under controlled hydrodynamics as a function of process variables, such as current density and bath composition, for copper-alumina composites [2]. The growth of an electrodeposited film along the electrode is controlled by the local current density affected by the presence of an insulating particle during electrocodeposition. The surface and concentration overpotentials are related to the current density normal to the cathode surface. A change in current density affects 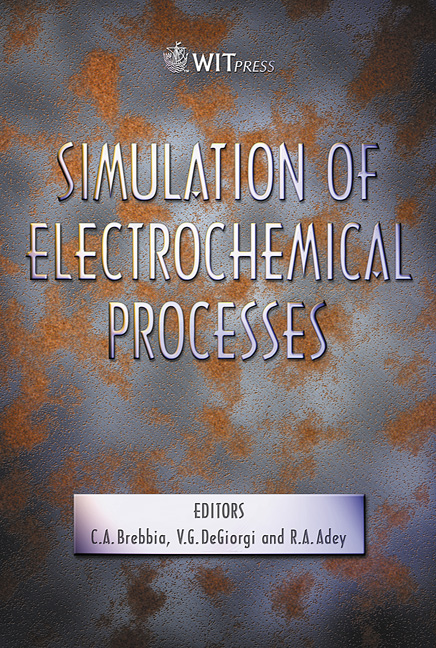