Edited By: A. H-D Cheng, University of Mississippi, USA and member of WIT Board of Directors

In this paper, the authors present a deterministic model of transcranial electric stimulation and develop a Boundary Element Method based algorithm capable of calculating potential and current density in the investigated domain. Furthermore, the deterministic model is coupled with Stochastic Collocation Method to evaluate the propagation of the uncertainty of the input parameters to the results. The uncertainty of the results is analysed via statistical approaches. The governing partial differential equation of the deterministic model is the Laplace equation. We assume that the studied domain is composed of subdomains of different materials. The subdomains are homogeneous and isotropic and have constant electrical conductivity. We introduce the Boundary Element Method for such a setup, support Dirichlet and Neumann boundary conditions at the outer boundary of the domain, and assume continuity of the potential and conservation of current density at the boundaries between the subdomains. We assume that the electrical conductivity of each subdomain is subject to some uncertainty. By coupling the developed simulation tool with the Stochastic Collocation Method, we are able to analyse the uncertainty of the resulting electric potential and current density and identify the contribution to the uncertainty from each subdomain. We apply the developed algorithms to study the transcranial electric stimulation of a human head. A head model with 9 tissues (white and grey matter parts of cerebellum, ventricles, cerebellum, cerebrospinal fluid, head, tongue, cerebrum, and skull) is considered and voltage is applied across two electrodes. The results show that the uncertainty of electrical conductivity in the skull, cerebrospinal fluid and, grey matter have the largest influence on the results.

Edited By: A. H-D Cheng, University of Mississippi, USA and member of WIT Board of Directors

ACCURACY ANALYSIS OF THE FAST MULTIPOLE METHOD FOR THREE-DIMENSIONAL BOUNDARY VALUE PROBLEMS BASED ON LAPLACE&#x2019;S EQUATION

DEVELOPMENT OF A MESH CLUSTERING ALGORITHM AIMED AT REDUCING THE COMPUTATIONAL EFFORT OF GEARBOXES&#x2019; CFD SIMULATIONS 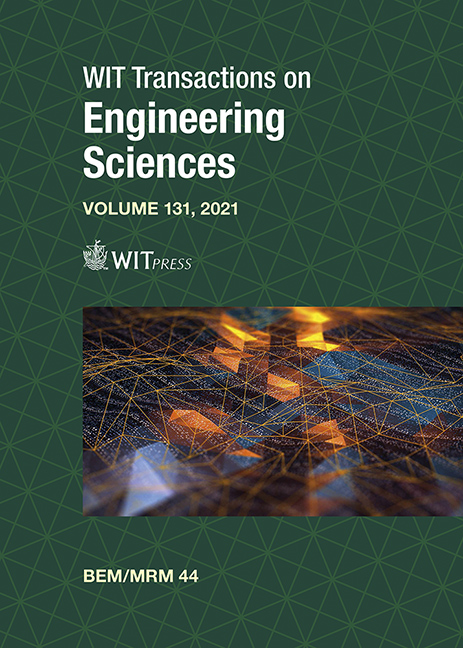