In this work, the main physical characteristics of plane water sheets flowing under gravity and surrounded by free air are experimentally investigated. By varying the mean flow rate through a 0.8mm × 100mm nozzle, water sheets are produced over a range of Reynolds and Weber numbers between 210 to 1240 and 0.37 to 13.52, respectively. First, the sensitivity of the sheets shapes to a mass flow rate variation is evidenced. For a sufficiently high flow rate, a liquid sheet forms with two rims bordering it. These rims join after a certain length Lc resulting in a triangle-like shape of the sheet. This characteristic length is compared with a theoretical prediction given by a model valid for Re ≫ 1. Furthermore, some capillary waves forming a striped pattern are present at the sheet interface near the rims and are propagating towards the central axis as the sheet falls. These waves are interpreted as the consequence of the displacement of a high curvature gradient zone at the rim-sheet interface as suggested by their stationary shape. The critical mass flow rate at which the sheet destabilization is systematically observed is Qc = 0.056kg.s–1. It corresponds to a Weber number We ≃ 2.7, a value in line with the theoretical one Weth = O(1) which usually indicates a sufficient condition to maintain a stable sheet. Such ruptures are characterized by the appearance of expanding hole(s), predominantly in the lower half of the sheet. The experimentally determined mean expansion velocity proved to be within ±20% of that provided by the well-known Culick expression. As expected, when considering mass flow rates below the above mentioned critical one, an intermittent regime of rupture is obtained characterized by the presence of sheets, threadlines, jets or drops. 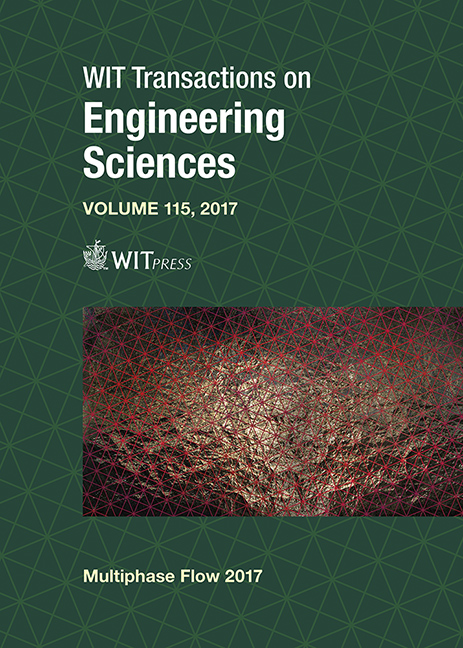