This paper discussed the heat transfer enhancement due to groove formation in a metallic tube. A set of three tubes, namely, the simple metallic tube (SMT), the straight groove tube (SGT) and the helically grooved tube with 12-inch pitch (GT12) were numerically studied. The tube data and experimental findings on it were extracted from published article by Arunrat. Performance criteria through CFD was based on the heat transfer via Nusselt number as well as the friction factor. For the heat transfer performance, it was evaluated with the thermal performance factor given by (Nu/Nus)/(f/fs), whereas Nu is the Nusselt number and f is the friction factor and subscript ‘s’ is for the smooth tube. Two turbulence models were used, viz, k-epsilon realizable and k-omega Shear Stress Transport. Between the two turbulence models tested and the given range of Reynolds number, it was found that k-ω SST is the most suitable candidate for this range of Reynolds number due to its closeness to the experimental data both in the case of the Nusselt and friction factor. Among the three tubes tested and making the simple metallic tube (SMT) the baseline, the GT12 performed better and has performance factor better than the other two at most of the Reynolds numbers. 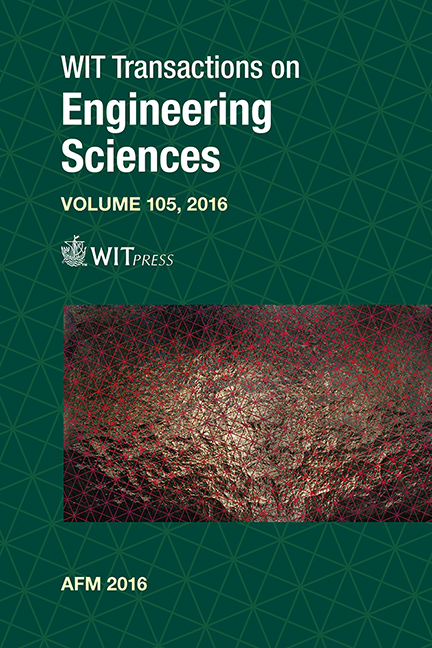