SPECIAL WASTE VALORIZATION AND RENEWABLE ENERGY GENERATION UNDER A CIRCULAR ECONOMY: WHICH PRIORITIES?

The European Union regulation for emissions from waste incinerators had a significant evolution in the last 20 years. That allowed reaching a clear improvement in the environmental performances of the plants, synchronized with specific requests of compliance of the more and more stringent limits set at regulatory level. Today the main questions for the sector in Europe seem mostly related to the role of waste to energy plants in a scenario of circular economy and to the role of those plants in the generation of energy only in part renewable. It seems that the topic of the local environmental and health impact has become out to date in European Union. In spite of that, a big question remains on the suitability of the present regulation for the future of the sector, including co-incineration by the use of Secondary Recovered Fuel from waste as substitute of coal in cement works. The present article analyzes an aspect that should be a priority higher than the concept of circular economy and energy generation. Indeed, a question remains on the criticalities that could be present in the European Union for under-estimation of the role of heavy metals, in spite of the evolution of the regulation. If we look at the experience of the University of Trento (where the Author worked in various research projects since 2003) the last decade has been characterized by recurrent warnings from that University about the excessive simplification of the regulation in case of heavy metals. As an example, in case of waste incineration, a set of heavy metals are managed by summing their concentrations to be compared as sum to the regulation limit: no valorization of the specific knowledge on toxicity is made. In order to point out the consequences of this simplification, a few case-studies demonstrating a potential criticality on the role of CrVI are discussed. A control methodology integrating the present one is discussed in this article, to propose a solution suitable to avoid under-estimations of human exposure to heavy metals from incineration and co-incineration. This approach is particularly important when special waste is combusted as the composition of the input can present heavy metals concentrations higher than municipal solid waste.

A TRANSITION TO KNOWLEDGE-INTENSIVE SERVICE ACTIVITIES IN POWER INDUSTRY: A THEORETICAL FRAMEWORK

DIAGNOSTICS OF COMPETITIVENESS OF POWER-GENERATING COMPANIES

ENERGY AND THE CITY

A METHODOLOGY TO SUPPORT DECISIONS TOWARDS ECONOMIC AND ENVIRONMENTAL SUSTAINABILITY IN PUBLIC CONTEXTS: APPLICATION TO HAND-DRYING OPTIONS 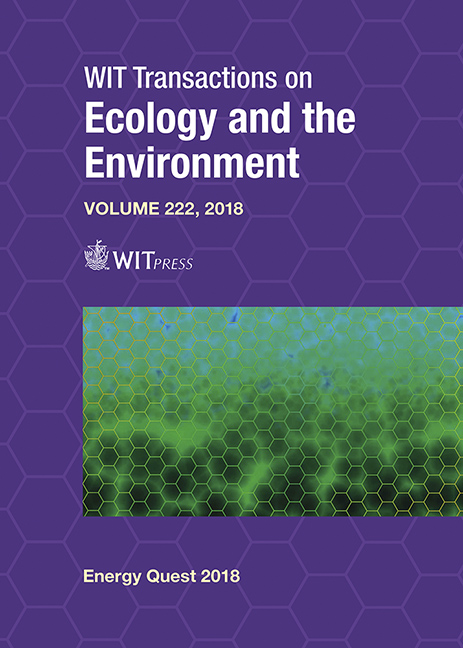 A TRANSITION TO KNOWLEDGE-INTENSIVE SERVICE ACTIVITIES IN POWER INDUSTRY: A THEORETICAL FRAMEWORK

DIAGNOSTICS OF COMPETITIVENESS OF POWER-GENERATING COMPANIES

ENERGY AND THE CITY

A METHODOLOGY TO SUPPORT DECISIONS TOWARDS ECONOMIC AND ENVIRONMENTAL SUSTAINABILITY IN PUBLIC CONTEXTS: APPLICATION TO HAND-DRYING OPTIONS