Pretreatment Of MSW For Co-digestion In Waste Water Treatment Plants

Co-digestion of organic fractions in existing digesters at waste water treatment plants is already feasible. This study shows the results of waste sorting and large scale tests to investigate the possibility of using parts of residual waste instead of common co-substrates. Most existing digesters have not originally been designed for such substrates. In particular, inert particles can settle in the digester and cause problems in the co-digestion. In a first step residual waste smaller than 40 mm was screened into eight size fractions. Each size fraction was then sorted into relevant fractions. The sorting shows that residual waste smaller than 40 mm contains about 42.5% (w/w) of organics, the residual waste smaller than 25 mm even 51% (w/w). But the sorting also shows 29% (w/w) plastics, glass, inerts and other components in the residual waste smaller than 25 mm which are not suitable for the digestion. In order to separate these physical contaminants a combination of different mechanical separation steps was tested. First a flip-flop screen was used to split the residual waste smaller than 40 mm at 5 mm and 10 mm. The fine fraction was then directed to an air jig and an organic fraction with up to 79% (w/w) volatile solids and an inert fraction with about 6% (w/w) volatile solids was achieved. The organic fraction poses a potential as co-substrate while the inert fraction could potentially be landfilled. The 5-40 mm and 10-40 mm fractions were put on a hard particle separator. The hard particle separator produced a light, intermediate and heavy fraction without increasing the organic content noticeably. However, the light fraction could meet minimum requirements for solid recovered fuel. 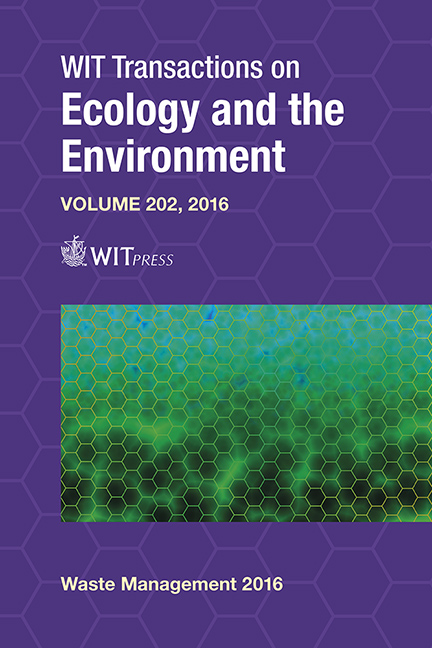