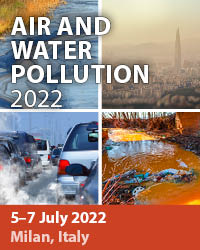 Systematic monitoring of ambient Pb-levels in Belgium started in 1972. In urban areas the average ambient levels decreased with a factor ten to some 200 ng Pb/m\ and the same holds for the peak daily averages, fluctuating now around 400 ng Pb/m\ This was due to the continuously decreasing lead content of leaded gasoline, and the systematic introduction of leadfree gasoline starting in 1989. By 1995 more than two thirds of the gasoline sold in Belgium were leadfree. The decrease of the ambient lead levels around specific industrial sources was less pronounced. Average levels do still reach 1 to 1,5 jig Pb/nf in the most exposed sites, while extreme values are in the vicinity of 4^g Pb/m*. Introduction Belgium, with its 10 million inhabitants living on 30000 kmf, is a densely populated and industry, trade and tr