A Sustainability Evaluation Of Vertical Greenery Systems Based On Emergy

Vertical Greenery Systems (VGS), also known as vertical gardens, are innovative constructive elements conceived to be anchored on building facades. Besides their surprising aesthetic effect, they are supposed to improve the environmental performance of buildings. A research project, namely GREENED, is aimed at investigating potential environmental costs and benefits. A 90m2 VGS, composed of plants fixed on felt layers, which allow for a hydroponic culture (without any substrate), has been studied as a case study. In a preliminary step, an eMergy evaluation was performed in order to assess the environmental costs of VGS manufacturing and maintenance. This analysis, based on HT Odum’s energy systems theory, accounts for the environmental resource use intensity (specific emergy – sej m-2), that can be interpreted as an indicator of the investment needed to obtain benefits during the operational time of VGS, such as energy saving for indoor cooling and heating. In particular, the direct and indirect environmental resource use was estimated, associated to the following phases: A) manufacturing of structural elements and the production chain, including materials, components, and plants; B) maintenance, including the use of water, fertilizers and electricity. An analysis of the thermal performance (a VGS prototype has been assembled and monitored in time) is then expected to assess the saved quantity of electricity for cooling and natural gas for heating (to be next elaborated in emergy terms) and thus to provide an appraisal of the environmental benefits. A comprehensive environmental costs-benefits balance is among the scopes of the GREENED project. Keywords: building facade, emergy evaluation, life cycle, living wall, vertical greenery system. 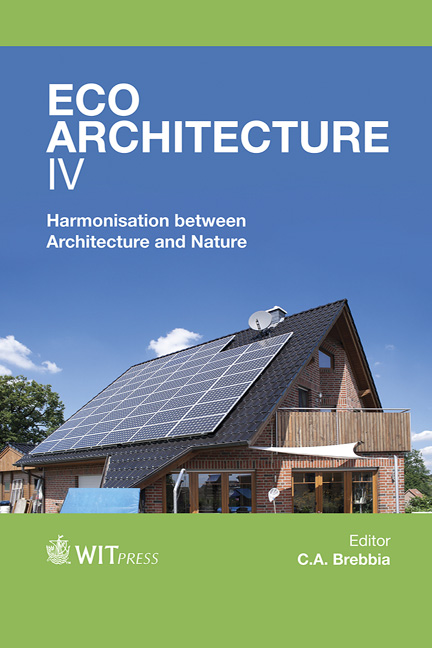