Classification Of Waste As Hazardous Or Non-hazardous: The Cases Of Ash And Slag

Anyone who owns and manages waste is obligated by law to know if it is hazardous or non-hazardous. However, proper classification of waste from incineration and combustion facilities as well as from steel mills may initially appear as a \“mission impossible”. In such waste, oxides of various elements appear in the form of various phases with non-stoichiometric and varying compositions that do not appear in the data bases on hazardous properties of various substances. The trace elements – which are the ones of highest significance for the classification – do not form phases of their own but are included in the phases formed by the major elements in the form of solid solution. Different batches of waste may have different ranges of compositions rendering direct testing an insurmountable task. A method is presented by means of which such residues can be classified in a conservative but still reasonably realistic and feasible manner. According to this method, elements of interest are regarded as if they appeared as simple oxides or as mixed oxides with iron. These reference substances are selected in such a manner that they can be found in databases on hazardous properties of various substances. Such data of the reference substances can then be used together with data from chemical analysis to calculate whether the waste in question is hazardous or non-hazardous. This approach has been pursued in Sweden at more than 30 plants with good results. It is anticipated that the method – after adjustment – can be used also under upcoming new legislation. Keywords: waste, hazardous, classification, oxide, ash, slag, directive. 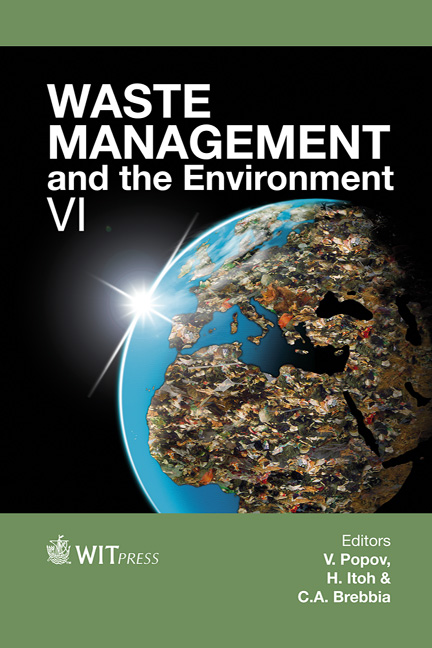