The Role Of Tall Buildings In Sustainable Cities

Tall buildings make up the urban fabric and cannot be viewed in isolation from the city. They also bring up ethical, social, and cultural issues, and they impact the local community – their social needs and what the neighborhoods can gain from creating a new tall building. As with the buildings themselves, the urban context in which tall buildings have evolved has changed dramatically since their Chicago origins, reflecting both social and technological developments. A tall building has been variously called a \“city within a city,” \“a vertical city,” and a \“city in the sky.” Thus it is apparent that a tall building is a microcosm of a large city. It is an integral part of the urban habitat having a close relationship with it. In a way it is a vertical progression of a horizontal city. The two are interactive and connected by the transportation, power grid, water supply, and waste production and disposal systems. The tall building can therefore play a vital role in defining livable and sustainable cities. Both cities and skyscrapers must use fewer natural resources; create less waste; and impact less on the natural world. Technology will continue to improve the physical systems of the skyscraper and the city; however, their future will be defined by human interests and values. Keywords: sustainable development, tall building, city as ecosystem, skylines, megacities. 1 Introduction It is projected that by 2030, 5 billion people will live in urban areas throughout the world [1]. Whereas 30 per cent of the world population lived in urban areas in 1950, the proportion of urban dwellers climbed to 47 per cent in 2000 and is projected to rise to 60 per cent by 2030. Energy shortage, global warming, urban sprawl, air pollution, overflowing landfills, water shortage, disease and global conflict will be the legacy of the twenty-first century unless we move quickly towards the notion and implementation of sustainability. Survival of the human 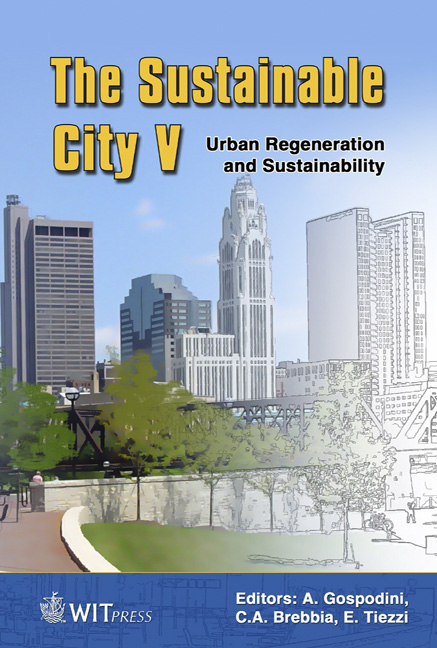