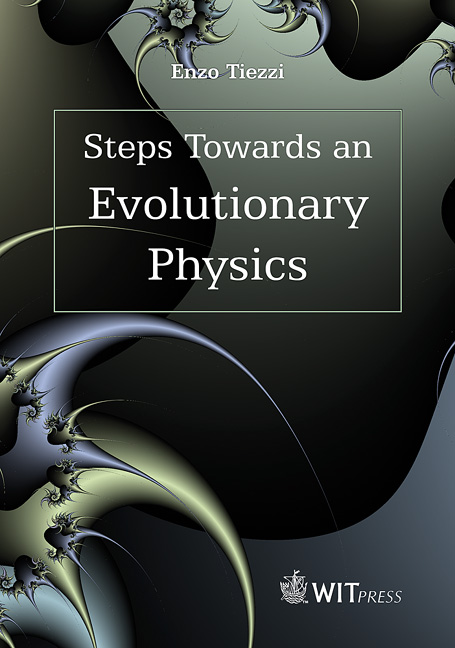 Steps Towards an Evolutionary Physics

If thermodynamics is to physics as logic is to philosophy, recent theoretical advancements lend new coherence to the marvel and dynamism of life on Earth. Enzo Tiezzi’s “Steps Towards an Evolutionary Physics” is a primer and guide, to those who would to stand on the shoulders of giants to attain this view: Heisenberg, Planck, Bateson, Varela, and Prigogine as well as notable contemporary scientists. The adventure of such a free and enquiring spirit thrives not so much on answers as on new questions. The book offers a new gestalt on the uncertainty principle and concept of probability.

A wide range of examples, enigmas, and paradoxes lead one’s imagination on an exquisite dance. Among the applications are: songs and shapes of nature, oscillatory reactions, orientors, goal functions and configurations of processes, and “dissipative structures and the city”.

Ecodynamics is a new science, which proposes a cross-fertilization between Charles Darwin and Ilya Prigogine. As an enigma in thermodynamics, Entropy forms the basis for this linkage, because it has the intrinsic properties of time irreversibility, quality and information that other thermodynamic functions lack. With fantastic illustration of cycles, the arrow of time, and events, Tiezzi presents a new lexicon for an evolutionary approach to chemistry and physics. This book provides a foothold, a step itself, in the climb toward understanding complexity in an evolving biosphere.