Blocking Or Guiding Upstream-migrating Fish: A Commentary On The Success Of The Graduated Field Electric Fish Barrier

Fisheries managers have been interested in the control of fish movement for a variety of reasons and for a considerable period of time. The most common reasons are the containment of invasive species and the protection of all or selected fish species at industrial installations such as hydroelectric stations and the cooling water systems of thermal power stations. The use of electricity has proven to be most popular in the prevention of upstream passage at hydropower tailrace sites and also at river and canal sites selected as the last line of defence against the spread of invasive species. At other locations electric barriers are deployed to block and guide upstream migrants towards census facilities. In the past the reliability and operational safety of electric fish barriers has been an issue but these concerns have been overcome by advances in fisheries technology associated with the demands of large installations. A significant number of graduated field electric fish barriers have been installed in the USA and other parts of Europe where electrode arrays are deployed on or in the river bed. They present upstream migrants with higher voltage gradients as fish progress into the field, eventually causing their downstream drift to safety. This paper reviews the performance of several electric fish barriers in the USA and Europe. Monitoring has shown that the graduated field fish barrier is effective in preventing upstream migration past the barrier location. Keywords: graduated field electric fish barrier, control of fish movement using electricity, non-lethal fish guidance, fish deterrence technology. 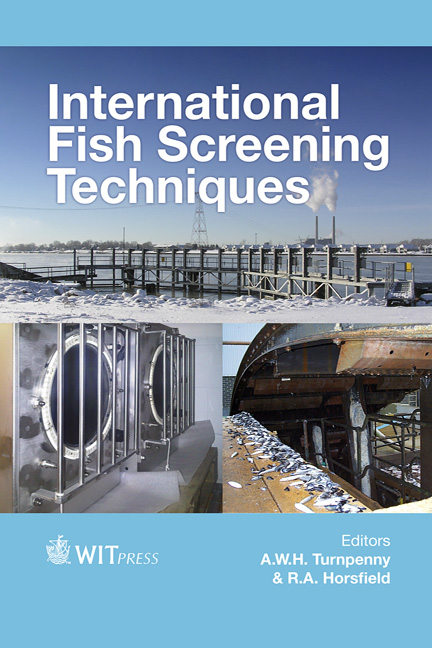